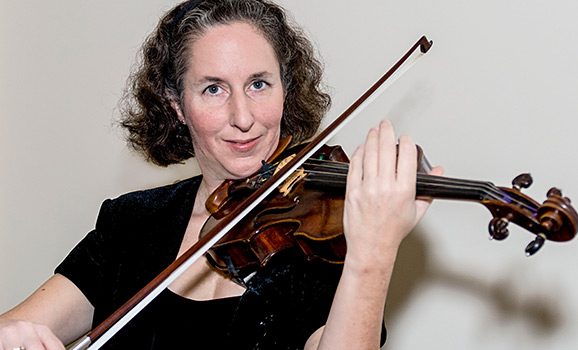 Concertmaster of the Virginia Chamber Orchestra, has performed as a soloist and chamber musician in the United States, Europe and the Middle East. Dr. Lazar performs with the Sunrise Quartet and the National Gallery of Art String Quartet.

Additionally, she has recorded chamber music for the Albany, Klavier, North/South Recordings, Plucked String, and Centaur labels and has been heard on National Public Radio’s Performance Today program. 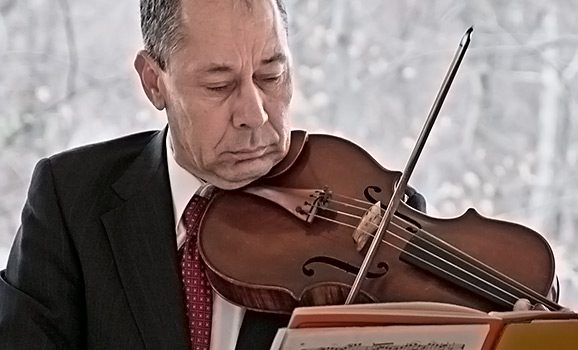 the VCO’s Principal Viola, was a winner of the National Scholarship Competition in Turkey, the Baltimore Chamber Music Awards, the Maryland State Arts Council Individual Artist Awards, the Culver (California) Chamber Music Competition and three Maryland National Parks and Planning Commission Awards. He performs with the Sunrise Quartet and the National Gallery of Art String Quartet. Recently, the Quartet performed to great acclaim at the Musica Sacra festival in Ecuador. The Quartet has performed with noted pianists Menahem Pressler and Miceal O’Rourke, and with guitarist Roland Dyens.

The Quartet has recorded for the Living Music, Arizona University Recordings, Amcam and AmeriMusic labels. West Virginia Public Television and Chinese National Television have also featured the Sunrise Quartet in a one-hour TV show “A Musical Bridge to China” broadcast. Performances by the Quartet have been broadcast for National Public Radio’s Performance Today, What Makes it Great, and Front Row Washington. 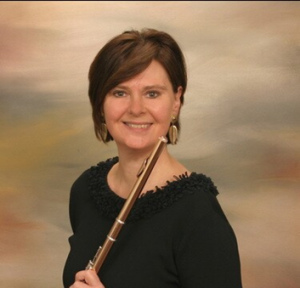 VCO’s Principal Flutist, was born in The Netherlands and began studying flute at the age of 11. She attended the North Carolina School of the Arts for both high school and college, studying with Philip Dunigan. While there, she was a two-time winner of the school’s concerto competition. She also appeared as a soloist on the Dutch national television show  “Young People on Their Way to the Concert Stage” with her father, conductor Leo Driehuys.

Ms. Oppelt has been performing in the Washington Metropolitan area since 1990. A tenured member of the National Philharmonic, she serves as Principal Flutist of the National Gallery Orchestra, Washington Concert Opera, and Amadeus Orchestra and will be Acting Principal Flute of the Maryland Symphony Orchestra for the 2020-2021 Season. Chamber music includes the Capitol Woodwind Quintet, Contemporary Music Forum, National Gallery Woodwind Quintet, and Beau Soir Ensemble. As a regular substitute with the National Symphony Orchestra, she has accompanied them on many tours, including performances in Carnegie Hall. 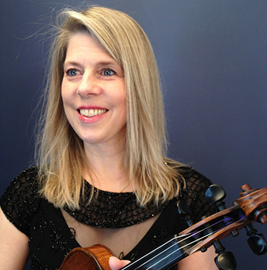 violinist, enjoys a varied career as an orchestral and chamber musician, soloist, recording artist and teacher. She is a member of both the National Philharmonic and the Post Classical Ensemble. She also substitutes with the National Symphony, the Washington National Opera, and the Richmond Symphony.

Ms. Rickard has made several notable recordings for the Naxos label with the PostClassical Ensemble. Of particular interest are both the CD entitled “Dvorak and America,” featuring the first-ever recording of the “Hiawatha Melodrama” inspired by the great Longfellow poem, and the DVD entitled, “The City” which features the music of Aaron Copland paired with the classic original 1939 film. Additionally, Ms. Rickard is featured on the QuinTango CD “Triumfal” which has won critical acclaim and remains an editor’s “Best Pick” in the Latin genre on CD Baby.

Ms. Rickard is a sought after teacher and clinician at both the secondary and collegiate levels. 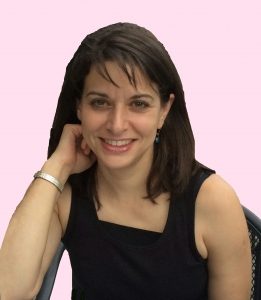 Laura Knutson, VCO violinist, is a very active freelancer and recitalist throughout the Washington DC area. She holds degrees from the Eastman School of Music and Nothern Illinois University, where she studied with Charles Castleman and Shmuel Ashkenasi. She served as Concertmaster of the U.S. Army Orchestra from 2003 to 2015 and as Concertmaster of the Arlington Symphony from 1997 to 2005, as well as Assistant Concertmaster for the Fairfax and Annapolis Symphonies.

In addition to frequent solo performances and recitals with the U.S. Army Orchestra and Band, she has been featured as soloist with the National Symphony, Fairfax Symphony, Arlington Symphony, and American University Orchestras, and participated in festivals in Spoleto, Charleston and Heidelberg. Laura resides in Berwyn Heights, MD with her husband, trombonist, Jeff Knutson. 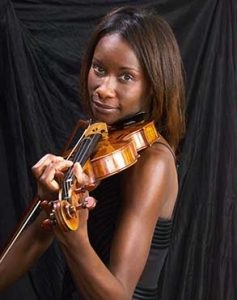 Sonya began playing violin at the age of three and was accepted into the studio of Josef Gingold when she was twelve. She continued her studies with Laurence Shapiro, Ricardo Cyncynates and Robert Gerle.

Sonya is an active chamber musician and has performed at venues such as University of Indianapolis, Pope Paul II Cultural Center, Penn Alps, Church of the Epiphany, National City Christian Church, The Lyceum, French Embassy, Norwegian Embassy. She was recently invited by the US Embassy of Barbados to perform a series of concerts touring the country and surrounding islands. 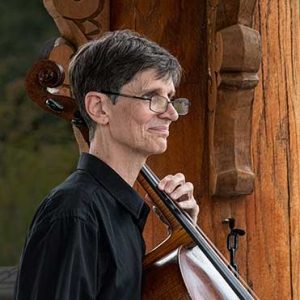 is a freelance musician in the Washington, DC area and has performed as principal cellist with the Washington Bach Consort, Washington Concert Opera, National Gallery Orchestra, and the National Philharmonic.  He currently serves as the Principal Cellist of the Virginia Chamber Orchestra and the Fairfax Symphony Orchestra.

As soloist, Marion Baker has performed concertos by Vivaldi, Haydn, Beethoven and Brahms with orchestras including the Nashville Symphony, Knoxville Symphony and Fairfax Symphony. Mr. Baker performs chamber music with the Sunrise Quartet and the Listen Local Ensemble.  He teaches cello privately in the Washington, D.C. area and recently joined the faculty of the New England Music Camp.  He studied cello at the Curtis Institute of Music. 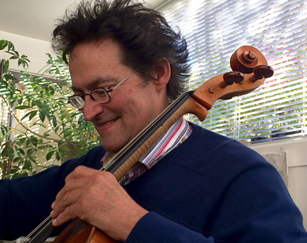 cellist and a member of the Trio Giocoso, has performed extensively in Maryland and Virginia and recorded commercially for the History Channel and National Geographic. A graduate of Wheaton College in Illinois, Gonzalez earned a Master of Arts in cello performance from Boston University.

Gonzalez has taught at Georgetown University and Montgomery College and was Director of Instrumental Music at the Waldorf School in Baltimore. He teaches cello and Music Fundamentals at Frederick Community College in Frederick, Maryland.  He also teaches Music History at Carroll Community College. 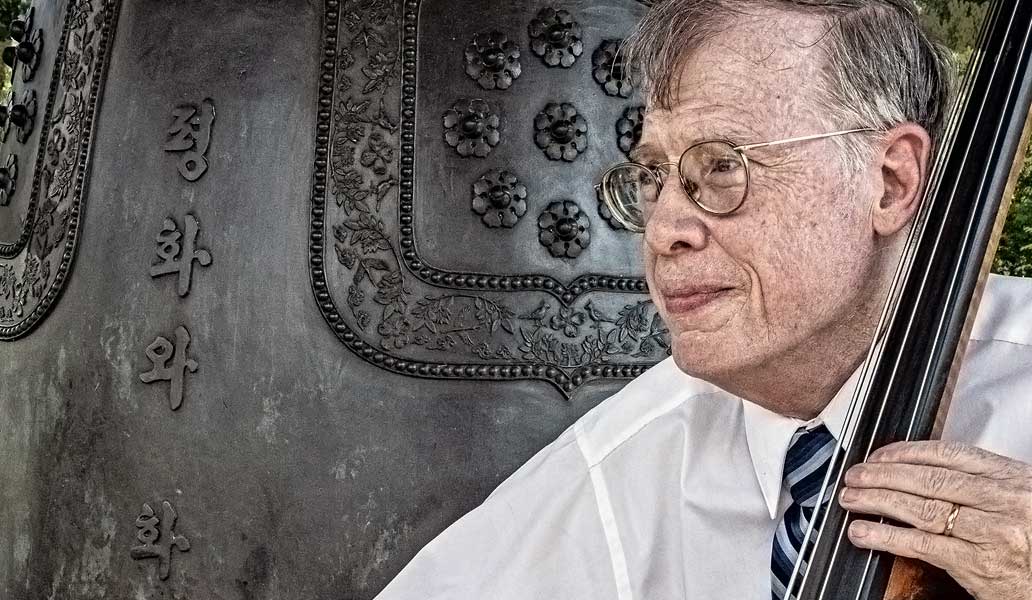 Mark Stephenson graduated from the Curtis Institute of Music in 1972 as a Double bass student of Roger M. Scott. He was Assistant Principal Bassist of the Hong Kong Philharmonic for five years and has worked with many performing organizations since returning to the United States, including the National Symphony, the Washington National Opera, and the National Philharmonic. In addition to the Virginia Chamber Orchestra, he currently serves as Principal Bassist of the Piedmont Symphony Orchestra. 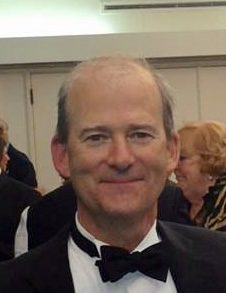 Wes Nichols, oboe, holds the Bachelor’s and Master’s degree in oboe from The Manhattan School of Music where he studied with Henry Schuman, Elaine Douvas and Joseph Robinson. He is a former member of the Springfield Symphony (Massachusetts), The Group for Contemporary Music, and the New Music Consort (NYC).  After moving to the Virginia/DC area in 1993, he began to freelance extensively and became principal oboist of the Arlington Symphony (now the Arlington Philharmonic) in 1995, the Amadeus Orchestra in 1996, the Virginia Chamber Orchestra, the Manassas Ballet and the McLean Orchestra from 2007-2020. 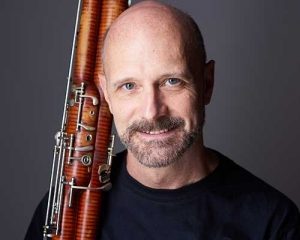 Eric Dircksen studied saxophone and bassoon at Indiana University in Bloomington and at Southern Methodist University in Dallas. He played utility bassoon and saxophone with the Jerusalem Symphony. He participated in summer festivals in Aspen, Los Angeles, Dallas, Spoleto, Jerusalem, and Graz. In the Washington area he enjoys an active freelance career playing principal bassoon with Washington Concert Opera, Virginia Chamber Orchestra, and Washington Ballet, and extra bassoon/contrabassoon with the Washington Opera, Alexandria Symphony and Baltimore Opera among others. He is an adjunct faculty member at American University and George Washington University. He performed and taught with the National Gallery Chamber Players at the Amalfi Coast Music Festival and in Kolobrzeg, Poland and was performer/teacher at the Asheville Chamber Music Experience for adult amateur wind players. As a volunteer he performs geographic analysis for the American Red Cross and landscape maintenance for Smithsonian Gardens. 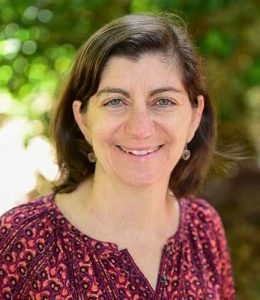 Originally from Mexico City, clarinetist Gabriela Cohen freelances and teaches in the Washington, DC area. She is a member of the Virginia Chamber Orchestra and Amadeus Orchestra, and has performed with the Washington Ballet, the Annapolis Symphony, and the Washington Concert Opera. Dr. Cohen earned her Doctorate of Music from the University of Michigan, a Master of Music from the Yale School of Music, a Bachelor of Music from Oberlin Conservatory, and a Bachelor of Arts in English from Oberlin College. She has taught at the University of Texas at Austin and at the Interlochen Center for the Arts. She currently maintains a private studio and is on the faculty at Levine Music. 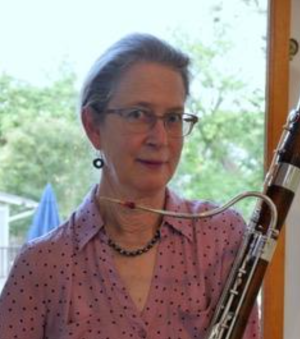 She founded the award-winning wind quintet, the Capitol Hill Chamber Players, and subsequently founded Ensemble Bambou, a woodwind quartet.  She has taught bassoon for the DC Youth Orchestra and Holton-Arms Center for the Arts.  Currently, she works as a woodwind consultant to the band program at Bethesda/Chevy Chase High School, teaches piano at The Sitar Center for the Arts in DC, and teaches both piano and bassoon privately from her home. 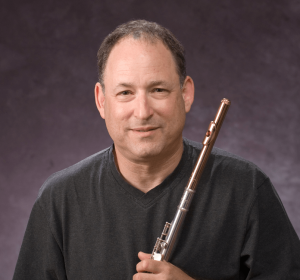 Mr. Baumgarten has been principal flutist of the Mexico City Philharmonic and has made recordings for NPR and the Discovery Channel. An active chamber musician and soloist, he has been featured at the Arts Club of Washington with harpist Isabelle Frouvelle; at the Phillips Collection in Washington, DC; as soloist with the New American Chamber orchestra; and at the Old Isleworth Festival in London, England.

He holds a MM from Juilliard where he was a scholarship student of Samuel Baron. He studied with Thomas Nyfenger on a National Endowment for the Arts fellowship, and in Paris with Michel Debost. During the Summer, he performs at Bear Valley Music Festival in the Sierra Nevada of California. 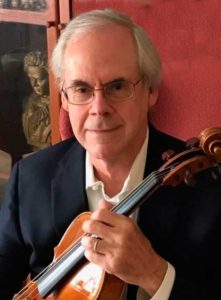 For just over four decades violist George Ohlson has performed and taught in the Washington DC area, joining, with his free-lance colleagues, many of the ensembles that have defined this region's musical landscape: the Washington, Baltimore, and Wolf Trap Opera Companies, the National Gallery Orchestra, Virginia Chamber Orchestra, and Washington Chamber Symphony, just to name a few. He participated in the Grand Teton Music Festival for 26 years, and continues to teach at the Washington Conservatory.