The Virginia Chamber Orchestra’s award-winning Special Audience Outreach program, now included with all orchestra concerts, may originally have been inspired during the VCO’s early touring days. At that time, VCO performances at the State School for the Deaf and the Blind were enthusiastically attended by all the students. Hearing-impaired boys and girls could sense the vibrations produced by the musicians, and they enjoyed watching the action on the stage.

Since the orchestra moved its base to suburban Virginia in the 1980s, it has continued to demonstrate that fine music can touch and lift the spirits of all who are given an opportunity to listen. Today the VCO provides complimentary tickets and post-concert dinners for up to fifty underserved individuals and families at each orchestra concert. The dinners are prepared and served by VCO volunteers at collaborating churches close to the performance venue. This combination of entertainment and dinner, which provides a rare and beneficial opportunity for Special Guests to socialize outside of their own facilities and programs, is not offered by any other Northern Virginia arts organization.

Guests are identified by staff members at fifteen community nonprofit organizations. Included are: teens at risk, mentally/physically challenged people, single parents and their children who need assistance, foster children and parents, recovering substance abusers, and members of minority groups in need of a helping hand. The VCO outreach program has been inspiring to all involved.

The Special Audience Outreach has recently expanded to include Wounded Warriors from the entire metropolitan Washington area, their spouses and children (fourth grade and older).

Guests from the Walter Reed Army Medical Center had such a good time visiting with the VCO volunteers at the April dinner that they were the last people to depart. Their administrator reported that they told her, “We had a ball.”

One warrior invited his mother, a music critic for the FrederickNewsPost.com. She wrote:

"It was a rare delight to meet and see the dashing, passionate and talented music director Emil de Cou. Maestro de Cou elicited a vital response from his ensemble, particularly the rhythmic energy of the score . . .the cumulative momentum swept the audience along to the spirit that elicited beauty and power all at once.

I must applaud the Virginia Chamber Orchestra with its outstanding musicians and all involved in creating this musical tribute for our wounded warriors to share with their families. It was a privilege to have attended this concert with so many who have sacrificed so much for our country."

Through a generous grant from Mantech International Corporation, Inc., the VCO has also sent small ensembles drawn from the orchestra to serenade patients at the Walter Reed Army Medical Center.

Last season, the VCO's outreach program was extended to Our Military Kids.

Our Military Kids, Inc. is a 501(c)(3) nonprofit organization that supports children (ages 5 – 12th grade) of deployed National Guard and Reserve service members, as well as those of wounded veterans from all service branches, with grants that cover up to six months of a chosen activity. Participation in these extracurricular activities has proven to help military children cope with stress and anxiety, as well as foster a sense of self-confidence and positivity, while their parents are recovering or serving overseas.

National Guard and Reserve families sometimes have trouble accessing support services from military installations. During deployments, these families may lose income when their military member leaves a civilian job to accept a military position overseas. The loss of income and lack of resources can create gaps that are hard on families.

Our Military Kids, founded in 2004, fills these gaps with a simple grant program that pays for children’s activities. Within days of receiving applications from eligible families, the staff at the Our Military Kids office will send special “Top Secret” packets to children, thanking them for their service to our country. 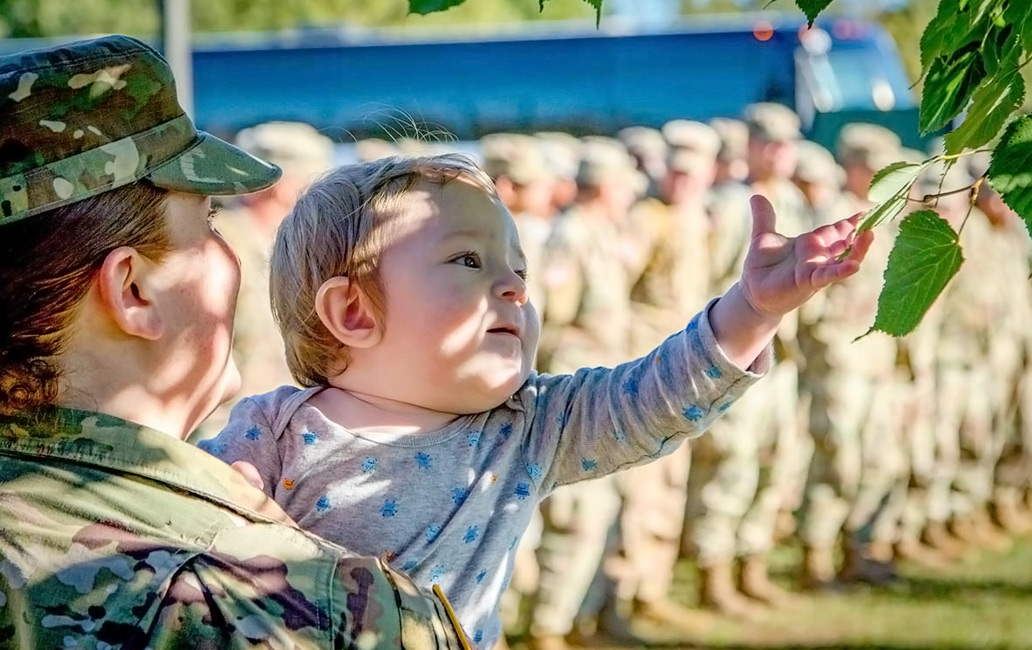