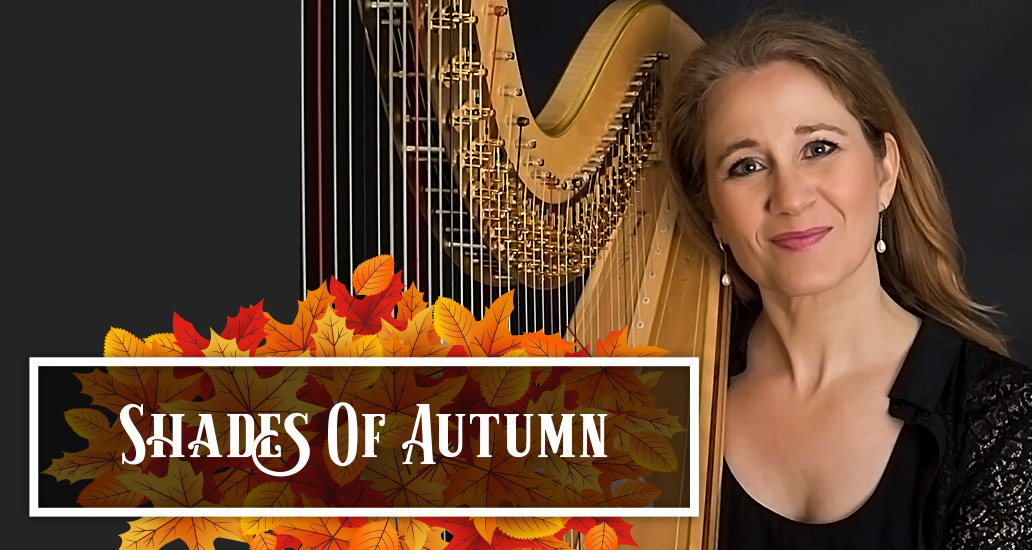 You will be intrigued with the fascinating program Maestro Grandis has selected to open the new season! The featured artist, harpist Isabelle Frouvelle, enchanted VCO audiences as a soloist in Mozart's Concerto for Flute and Harp.

Isabelle Frouvelle will appear in Debussy’s familiar Danses sacre et profane and in one of Arnold Schonberg’s early, “unmistakably romantic” compositions, the Notturno for Harp and Strings. The Notturno, a “very atmospheric” work, was long believed by researchers to have been lost, only recently discovered under a different title at the Library of Congress.

Transfigured Night, Schönberg’s most popular piece, was also written in his earlier, more romantic style, when his musical heroes were Brahms and Wagner, rather than in the twelve –tone technique for which he later became famous. It was inspired by a poem of the same name by Richard Dehmel and also thought to be influenced by the composer’s strong feelings on meeting Mathilde von Zemlinsky, whom he would later marry. The subject matter of the related poem, which deals with material regarded as risqué, created a stir when this work was premiered in Vienna.

She recently moved to the United States and has begun dividing her musical activities between France and America. In France she has performed with the Orchestre Colonne and Orchestre du Capitole, and has presented concerts in Sainte-Chapelle, the Basilica of Sacre Coeur, the Louvre Museum, the Chateau de Versailles, the Ritz Place Vendôme, and performances on the famous “Bateaux-Mouches”of Paris among many others.

In the United States she accompanies the Carya Ensemble, with which she also toured in France. In addition to appearances with the VCO, she has performed at the French Embassy, World Bank, Arts Club of Washington, College of William and Mary, St Mary's College of Maryland, and Harp Festival of Newport News.

Isabelle Frouvelle has been invited to give master classes in the United States and Mexico, and was recently selected to judge an International Harp Competition in Mexico.

Ms. Frouvelle earned the Higher Diploma of Concertist at the Ecole Normale de Musique in Paris in 1994 in the class of Marie-Claire Jamet, after receiving a First Prize of Honor at the UFAM Competition in 1993, and a Gold Medal at the National Conservatory of Music.

Note: The VCO does not mail tickets; tickets may be picked up at the concert.

BACK TO EVENTS
PROGRAM

Schoenberg: Nocturne for Harp and Strings

Debussy: Danses for Harp and Strings