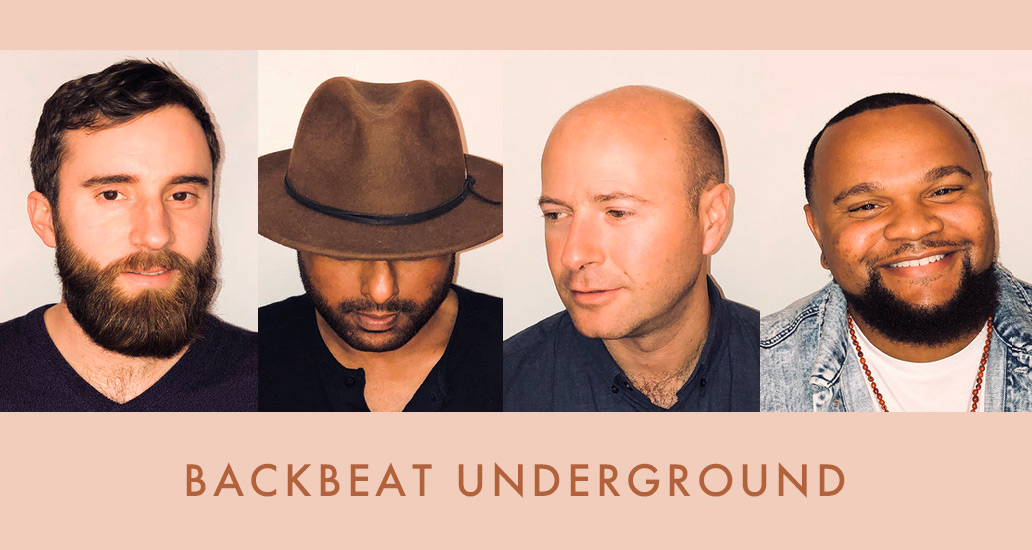 Born in the depths of subterranean groove gatherings, Backbeat Underground is a Washington, DC based instrumental funk group with soul jazz influences. Bringing their years of collective experience in the DC and NYC music scenes, the band delivers tight, energetic sets steeped in fresh improvisation and head-bopping, booty-shaking pockets. Backbeat Underground was proud to serve as stewards of the funk in DC’s first and second annual Funk Parade, and the band is quickly gaining notoriety for their organic and smoldering blend of soulful funk and jazz.

BACK TO PRIOR EVENTS
WHAT IS FUNK?

Funk is a music genre that originated in African-American communities in the mid-1960s when African-American musicians created a rhythmic, danceable new form of music through a mixture of soul music, jazz, and rhythm and blues (R&B). Funk de-emphasizes melody and chord progressions and focuses on a strong rhythmic groove of a bass line played by an electric bassist and a drum part played by a drummer. Like much of African-inspired music, funk typically consists of a complex groove with rhythm instruments playing interlocking grooves. Funk uses the same richly colored extended chords found in bebop jazz, such as minor chords with added sevenths and elevenths, or dominant seventh chords with altered ninths and thirteenths.

From Wikipedia, the free encyclopedia

Funk originated in the mid-1960s, with James Brown's development of a signature groove that emphasized the downbeat—with a heavy emphasis on the first beat of every measure ("The One"), and the application of swung 16th notes and syncopation on all bass lines, drum patterns, and guitar riffs.[2] Other musical groups, including Sly and the Family Stone, the Meters, and Parliament-Funkadelic, soon began to adopt and develop Brown's innovations. While much of the written history of funk focuses on men, there have been notable funk women, including Chaka Khan, Labelle, Lyn Collins, Brides of Funkenstein, Klymaxx, Mother's Finest, and Betty Davis.